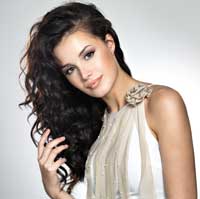 The scope of rhinoplasty (nose job) is to reshape the nose. It is a very popular procedure and more than 300,000 Americans are subjected to rhinoplasty each year. The same happens in Greece; together with breast augmentation, they are considered top procedures for Greek women. What patients usually want is to reduce the size of their nose, remove the dorsal hump, narrow it, change the tip, lift a droopy tip or correct a previous unsuccessful surgery. Each person feels different about their nose, and most patients know what to correct on their nose in advance

The best candidates for nose job

Every person feels uncomfortable with their nasal deformities. Deformities include humps, hooked, twisted, wide or asymmetric noses. Good candidates are also people that had a cleft lip at a young age, or damaged their nose or even had an unsuccessful rhinoplasty. Other candidates are individuals who want micro-corrections on their nose, if we consider that small changes are the ones delivering a good rhinoplasty result. It should be noted that on many occasions it is not the nose which is at fault but the chin. And correcting the chin, may give the harmony we long for in our face.

The septum is a U-shaped cartilage dividing the nose into the two nostrils. Many times, it contributes to the nasal deformity and induces breathing problems [nasal septum deviation (scoliosis)]. In this case, the conchae are also involved and should be simultaneously managed. Just like in the ear, the septum may be reformed by borrowing a piece of cartilage to conduct the surgery. In exceptional cases, the costal cartilage provides the graft required for the procedure.

Meeting the plastic surgeon at his medical practice

The secret to a successful rhinoplasty is the effective communication between the surgeon and the candidate. During the consultation, the surgeon must carefully listen to the expectations of the patient, obtain his/her medical history, perform the clinical examination and analyze what can be really done.

Clinical evaluation of the nose – The Steps

The use of simulation software through a digital camera (simulation surgical image - Windows xp,vista and 7, Microsoft) helps us indicate the anticipated results of a rhinoplasty. Thus, the patient visualizes the final result and communicates with the surgeon more effectively.

The experience of the plastic surgeon is crucial. He must approach each case individually and apply different techniques according to the case; different people have different nasal structures . So, with patient consent, each nose is carefully analyzed and designed in our office and we then execute the plan in the operating room.

We do consider the patient’s wish and each time we try to achieve the results s/he expects.

Below there are some examples of the various techniques applied to achieve the anticipated result. 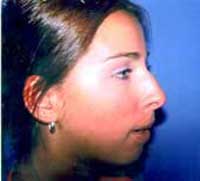 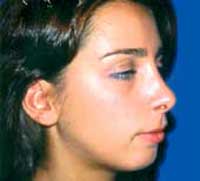 Correction of the bridge of the nose alone. Lateral osteotomies. The tip of the nose was left intact. 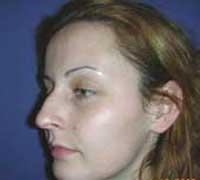 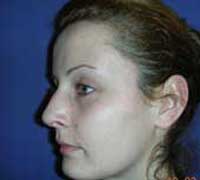 Removal of the hump. Shortening of the nose. Release of the nasolabial angle, osteotomies. 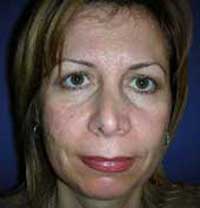 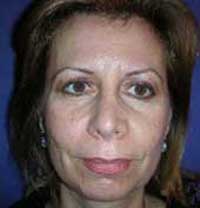 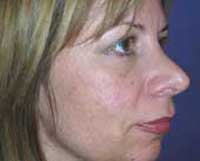 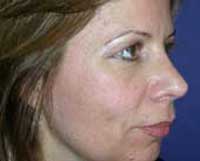 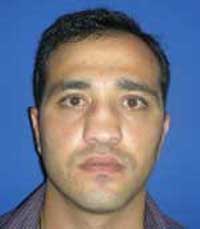 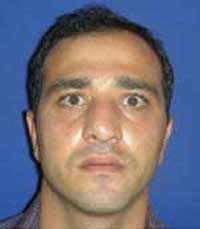 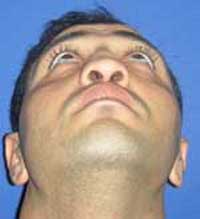 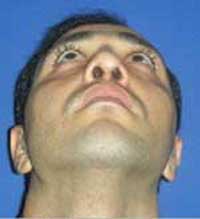 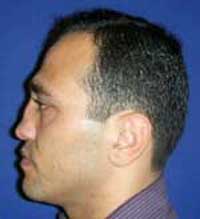 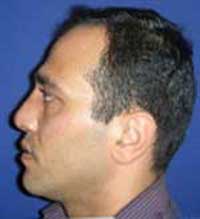 The surgery is performed under general anesthesia in well-organized and excellently equipped medical establishments (private hospitals) and is completely safe. All patients are subjected to pre-op check-up. The procedure lasts one hour, though it may extend in technically challenging cases. The whole procedure is done through the nostrils (closed rhinoplasty) or with the new technique which is further elaborated below. After the surgery, we place a small cast on the nose and a tampon in each nostril.

After the surgery, we place ice pads on the patient’s face to reduce the swelling and bruising in the eyelids. The tampons are painlessly removed after 48 hours and the cast is removed 6 days later. All operated patients receive antibiotic medication.

Recover differs from patient to patient. In general, everyone can return to work after the cast is removed (6th day) or after 10 days at the most. The first result is obvious when the cast is removed, but it gradually improves until 12 to 18 months later. Sports are allowed after 6 weeks. In the meantime, the patient may engage in other sports which will not hurt the nose, such as swimming, golf and horseback riding. 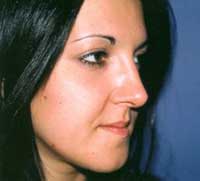 The philosophy behind the technique is to maintain the integrity and support of the nasal skeleton after rhinoplasty. As time goes by, the stable results of the technique are visible, and the nose functions properly during breathing (functional rhinoplasty).

The traditional technique led to lack of nasal integrity and bad projection due to over-correction of the anatomic features of the nose. This new, open structure rhinoplasty is based on the recreation of the nasal skeleton and not on its reduction at all costs.

What exactly is this new, open structure rhinoplasty?

Techniques applied on the tip and the median structures of the nose. A. Narrowing of the lower aral cartilages with high precision, always leaving 6-7mm to support and maintain of the exterior nasal valve and avoid the collapsing of the nostrils during breathing. The nostrils are sutured between them with 6-0 PDS stitches. 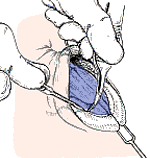 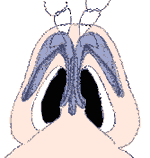 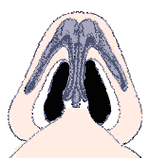 B. Nose reduction by removing the caudal septum

C. Removal of cartilage from the septum either due to septal deviation or to use it a support graft.

D. Reduction of the inferior aral cartilages length, where needed, and resuturing with PDS 6-0 stitches.

E. Placement of support from the diaphragm for strut grafting to support the tip of the nose.

F. Reconstruction of the inferior aral cartilages with processing and inverted placement, when needed.

G. Tip graft from septal or ear cartilage to project the tip and the nose in general, and 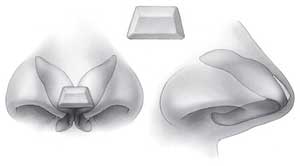 The middle third of the nose

A. Cartilage grafts between the septum and the superior aral grafts (spreader grafts) to maintain the internal nasal valve and facilitate better breathing after rhinoplasty. 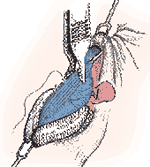 B. The rest rhinoplasty procedures, such as removal of the hump and lateral osteotomies, are performed as in traditional closed rhinoplasty.

C. Management of the nostrils’ length

Disadvantages
It takes a bit longer to perform

Personal experience
We have been performing the new technique since 1999

Rhinoplasty. Photos Before - after